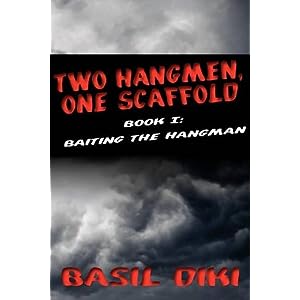 Susan Skinner reviews All the Invisibles by Mandy Pannett

Mandy Pannett’s poetry has its own musical quality that threads through each poem and leads each one to its natural conclusion. On the back of these rhythms we are taken through time and space to varying landscapes:

He know a rock upon the moors

That legend says was once a Troll.

All he can tell is that his world

His scary and stinking-of-animals world

From A Mesolithic slant.

to Nordic mythological beasts and people, such as Ask and Embla who were created at the beginning of time out of driftwood. In this collection we can also find a variety of painters and poets (Durer, Ravilious, Seurat, Keats) and historical events – we even hear the voice of a horse from the Bayeux Tapestry!  We are in an illuminated world where viewpoints allow all the invisibles to hide in-between.

To read these poems is to peep through a kaleidoscope where colours and objects shift and shake and where momentary illuminations of scene and feeling are juxtaposed by images that make a prism for the poems.

Mandy Pannett uses many forms of poetry, from sonnet to free verse. She excels in choosing the right form for each poem.

All the Invisibles published by SPM Publications is available here: amazon.com | amazon.co.uk | The Sentinel Shop

Eilidh Thomas reviews All the Invisibles by Mandy Pannett

If you only buy one poetry book this year – buy this one. A collection so sumptuous and full of wonder, that I hardly know where to begin.  In her poems, Mandy explores the breadth and depth of human history and the natural world as vignettes of time.

Here you will find a myriad of images and themes, mysterious and complex yet at the same time striking and simple. Each poem offers the reader the opportunity to enjoy the poet’s love of language for its own sake, or to scurry and research the meaning and back story to so many of the poems. I shall pick out some of my favourites.

The first poem ‘Best After Frost’ is a perfect opener – succulent and almost decadent in suggestion of the medlar as a “smutty fruit” it impacts on all the senses from the smell of ripe cheese “like Camembert” to  “the feel of rainfall in Montmartre”. By the end I really wanted to “suck this flesh and luscious rot” for myself.

A millennia of time is contained in the twelve short intimate lines of ‘A Fossil’s Chirp’ where the reader is compelled to stop and listen “I have heard them at dusk, those crickets,” and consider their existence back into the Jurassic age.

With a poet’s insight ‘Heartwood’ empathises with the “Firescar” of a burned out wood and like a lover, concludes at the end “There is still sap/ in heartwood   fecundity/    in roots.” This poem is filled with the longing of a ballad and the acceptance that life goes on.

‘Later, All at Once’ seems to me to be the heart of the collection – a capture of its essence – a story within a story if you like – a microcosm nestled in the middle like a Russian matryoshka doll. The poem ranges backwards and forwards across history. Don’t try to know everything that has gone on in the poet’s head, but relish the journey on which you are taken.

And so to the title poem – ‘All the Invisibles’. It sits enigmatically as the third last poem in the collection. Who or what are the Invisibles? They are everything you have been reading in this collection; they are nowhere and everywhere, mysterious and imponderable “as we wander the way of the shell”. Behind the landscape you are looking at is the landscape which you cannot see – everything that is under the skin, in the depths of the oceans, around the next corner, in the darkness of history and in all human emotion.

But I have only begun to tell of what is on offer in this marvellous collection. Dip in again and again – a book at bedtime in each and every poem. It is a collection that you will go back to for years to come, and continue to find something new and fresh every time.

All the Invisibles published by SPM Publications is available here: amazon.com | amazon.co.uk | The Sentinel Shop