A short story by Jason Hopps

The alien invasion came early on a Sunday morning. There was always something. He remembered it was a Sunday (and remembered it was early) because he was up well before sunrise that strange day, sweating and fretting over the big Macmillan report, which was due first thing on the Monday.  He’d been working on the presentation for weeks, months, had thought he’d finally put it to bed on the Friday, but late Friday he’d received an angry phone call from his angry boss who’d practically crucified him, who’d detailed the dozens of changes still needed and then hung up.

So all Saturday, he was home at his desk. Early on the Sunday morning, he was there again, busily adjusting PowerPoint slides, the kettle whistling for him in the kitchen, when he was startled by screams and revving engines and barking dogs and then more screams and it went on like that for some time, louder and louder. He closed a door against it, guessed it was a domestic, or possibly a break-in down the block, and let it go, returned to the Macmillan report, mashed earplugs deep into his ears. He worked a little longer, struggling with it, until his internet connection went down, kaput. Only then did he leave his desk and step outside. Full Story >>

THE 5A TO HANGLETON

A short story by Rob Hawke

The morning began not unlike any other; Mr. Sloper went about waking life – poaching an egg, plunging coffee, shifting body waste.   The anxieties that came to him on the toilet were familiar: a birthday party on Saturday he would rather avoid; his mother’s hopelessness with his money; a nagging pain in his gut he’d better take to the doctor.  He thought with faint aversion about work that day.  He was on shift with Maude, a large, smothering woman who carried an unsought flame for him.  Etienne would also be there; a young Ghanaian student whose quick wittedness left him feeling slow and old.  He sighed and cleaned up.   Full story

Tagged rob hawke, Short Stories, the 5a to hangleton

A short story by Joy Clews 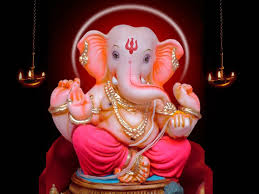 The hot, damp air clung to my skin as I walked along the rough pathway between the two lines of rickety shacks displaying tie-dyed clothes, wooden elephants and sun-glinting sequined bags. It was early afternoon and there was no one else around. It was too hot to be walking under the glare of the Indian sun; even the stall holders, usually so keen to lure customers into their shops, had opted for shelter. I looked forward to reaching the sea front where I could sit under the cool waft of a restaurant fan, sipping iced tea and reading a chapter or so of the novel I carried with me. I paused to shake a stone out of my sandal. As I bent awkwardly on one leg, my bag slipped from my shoulder, down my arm and landed heavily, knocking my foot as it did so. I fell forward, just managing to avoid the ground. Full story >>